Nurturing the "Owner's Mentality" in Employees

When you're hiring, one of the most important things you can look for is an "owner's mentality." That means someone who will embrace your business as if it's their own. And that means they won't leave clients hanging in an emergency. They'll do what's in the best interest of the company. And they really love doing these things. 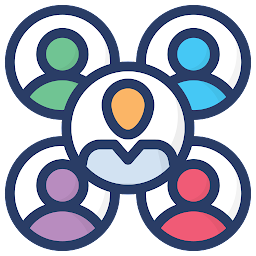 We all seek great, loyal employees. And you can build a lot of loyalty by being the kind of boss that engenders loyalty.
But no matter what you do, you have to realize that 90% of all people do not have an owner's mentality. There's nothing wrong with them. They're not lazy or evil. They just know that 1) The company's not their's; 2) They'll still have a job if they let someone else be the hero; and 3) If things don't work out, they will go work somewhere else.
In other words, most people only have one foot on the boat and one on the pier.
I see three primary kinds of mistakes employers make regarding this.
First, most owners only come to understand the concept of an owner's mentality after they have taken someone for granted, piled too much work on them, and then had to replace an "irreplaceable" employee.
And sometimes, it's not abuse at all. Sometimes, life simply happens. One day, with no advance notice, an employee announces that they're moving to another state so their spouse can pursue a dream. Poof. Employee gone.
The second mistake I see is owners who don't recognize the diamond in the rough they have in front of them. When you find someone with an owner's mentality, you need to nurture them. Take them under your care. Nurture the skills they lack. Give them lots of leeway and let them excel.
If you treat one of these "super" employees well, they will take your business to the next level. But you need to give them authority as well as title. Once you see that they really will act as you would - putting the company first - you need to support them and nurture them.
If you don't let people with an owner's mentality take "ownership" of their job, with the freedom they need to be successful, they will quit and go start their own business. That doesn't mean they'll compete with you. But they'll go create a world where their owner nature can flourish.
Finally, the third mistake I see owners make is to try to micro-manage everyone. I think that's a bad strategy in general. But it's the worst thing you can do to an employee with an owner's mentality. You are handcuffing someone who do amazing things for your company. But when they have to ask for approval on something where they already master the knowledge, then you are crushing their spirit.
No one will make every decision exactly as you would. That's not possible. Nor is it the point of delegating authority.
Someone with an owner's mentality will take on more jobs, more pressure, and more responsibility than anyone else on the team. And they will do their best to help promote you and your business. When you find someone list this, you need to let them run, and support them as much as you can.
. . . But make sure you document what they're doing and how they're doing it. Because they won't stay forever. (Unless, of course, they end up buying you out.)
:-)
Posted by Karl W. Palachuk at 7:18 PM

Map Your Vendors to CMMC Processes

Here's an idea to consider: The next time you get a pitch from a vendor, ask this a simple question: How does this product/service/solut...