Squeaked in Before the Year is Over: MSPmentor 250 - The Top Folks in Managed Services

I am happy to announce that I've been selected for this year's MSPmentor 250 list. The announcement is here:

... and the official announcement is: 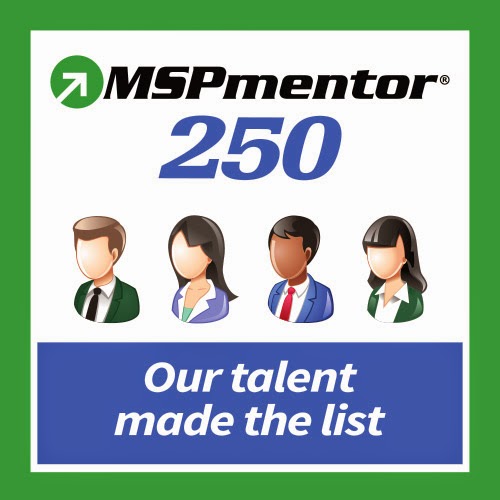 This list is based on our annual global survey plus MSPmentor's daily coverage of the managed services market. Thanks to survey participants. And a special thanks to MSPmentor's readers for your continued support.


Thank you to whoever nominated me. I appreciate your support.

I'm perhaps the luckiest person I know because I get to travel the globe doing what I enjoy and reporting back to the community - and I get paid for it.
I encourage you to check out the whole list. See if you're on it. Then see if your friends are on it.

But more importantly, see if there's anyone on the list who's moving and shaking in our industry that you want to get to know. Look up their LinkedIn profile and connect. After all, connections are what makes a community! 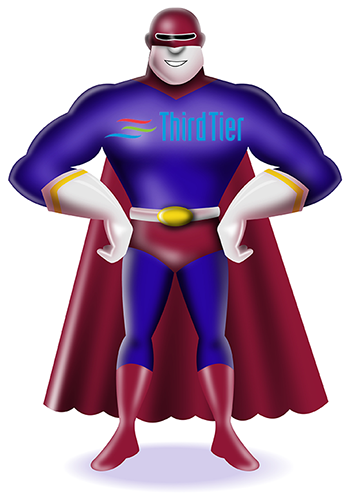 I just got a note from Amy over at Third Tier. It looks like they have an amazing "Chat" scheduled for next week. Click the "download" link to add the Lync link to your calendar.

Join Our Webinar: Globalization of SMB The world becoming very flat and very small. In other words, we're more connected than ever before. Things that seemed "exotic" twenty-five years ago are very common today. How does this affect the Small and Medium Business consultant?

This series addresses many aspects of the globalization of SMB, featuring guests who have experience working across borders, across oceans, and across lots of time zones.

Please register for our kick-off webinar on 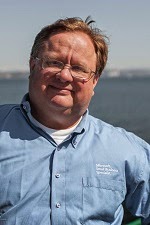 We're kicking off the webinar series Tuesday, December 30th with Harry Brelsford, founder of SMB Nation. Harry's been traveling the globe for more than a decade, connecting people and companies from every continent.

In addition to running a truly international business himself, Harry has partnered with Microsoft and other companies that have a global footprint. As the founder of SMB Nation, he's always tuned into effect of global business changes on the small I.T. companies out there.

Please join us for the introduction to this series.

It will be informative and fun!

One registration gets you into all twelve webinars for FREE.

Format Note: As you know, I love the interview format, so we're going to have a wide-ranging discussion for about 30 minutes, followed by Question and Answer period.

Sign up now and Join us on the last Tuesday of every month.

Free Lunch (for your brain)

Did you know that we have a LOT of free goodies over that SMB Books that are actually worth downloading?

Check it out. Here are some of the free downloads you can get at www.SMBBooks.com:

See all the freebies at http://www.smbbooks.com/Free-Stuff-s/1831.htm 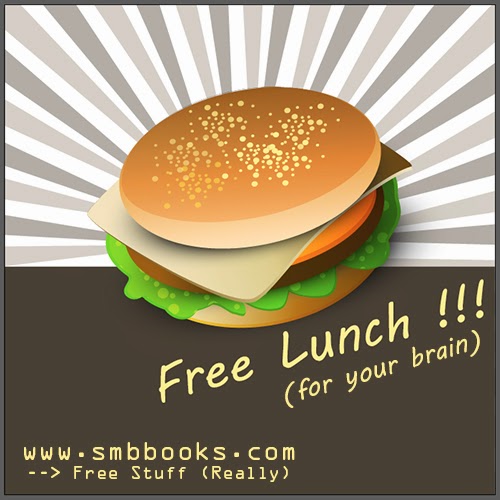 Free Chapters from the book Publish Your First Book

Cloud Checklist - Are you (and your clients) ready for cloud services? A great place to start is my Cloud Readiness Checklist!

To get started, just go to www.smbbooks.com. On the left side you'll see a link that says Free Stuff (Really). Click that.

There is no obligation to download any or all of these resources. Please note: Be patient. With freebies, our checkout system requires us to manually click a box to send your download. So it might be a little while before one of us gets to the order page and clicks "send" to process your order.

Enjoy these resources . . . and send us any feedback you have.