Microsoft Announced the End of SBS, Surprising Absolutely No One


About an hour ago my friend David Fabritius posted on the Official SBS Blog: 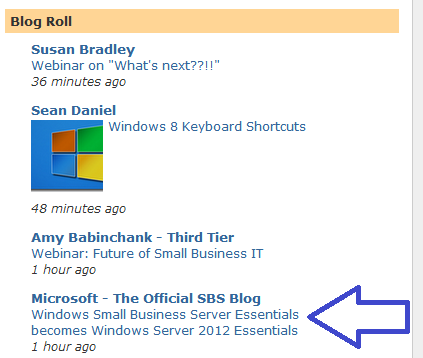 I've posted many times that I think this is where we're going. I did think there would be another version of SBS, primarily because the vast majority of the world does not have the kind of high capacity and stable Internet connectivity required to rely on the cloud for critical services. Urban areas do - for the most part. But we all have clients with 1MB and 2MB internet connections.

I hope this is not a surprise to anyone who keeps an eye on Microsoft.

It seems like a big mistake to me, but not a big surprise.

As I've mentioned many times, Microsoft seems to be actively giving up huge pieces of the market where they absolutely dominate. The Office suite is the biggest example. They totally own that market. But they're giving it up.

Similarly, MS owns the small business market. I love the Foundation server. And as of an hour ago it's my favorite Microsoft Server. (I am *SO* glad we included an entire chapter on Foundation Server in the latest version of The Network Migration Workbook!) So that's all good news. But why eliminate a product that has been the core of a vibrant small business market?


I see a lot of frustration among small business consultants, especially those who have enjoyed their relationship with Microsoft. The team we've know has been dismantled (or it dismantled itself). The Small Business Specialist program has been eliminated. Support for IT Pro groups has been sketchy for years.

Many people feel like there's no place for them at Microsoft.

Relax. Microsoft is a business doing the best they can to figure out what to do. It is very sad, but they appear to be headed for some serious trouble in the next few years. They aren't worried about YOU, but they never were. They engaged small IT consultants when it served them well. And we like to think it served them very well.

But Microsoft is moving to the cloud even if it means that other products will finally have a shot at success in the small business market. I think we can look for a number of new offerings in our space.

Yes, your relationship with Microsoft will change. But it has always been a lot more one-sided than most people believed anyway.

Webinar on the Future of Small Biz IT

Our friends at Third Tier have already announced that they are putting on a webinar entitled Webinar: Future of Small Business IT.

Don't worry, folks. It's just another day in the woods.