Build a Business Relationship - Not Just a Technical One

Debbie Takes to the Cloud

I'm always telling people to build a business relationship with clients - not just a technology relationship. This is extremely important in times of change. (And constant change will be the name of the game for the rest of your life.)

Here's the story of one client who made massive changes in her business simply because she trusted us to take care of her and her technology. Her name is Debbie and her company did marketing for new home developments. They went through some tough times when the housing market collapsed in 2008-2010.

One day, Debbie called us. She said that they were bleeding money and had to make major cuts. She had already laid off a few people. And, she said, “You need to help us save money.” 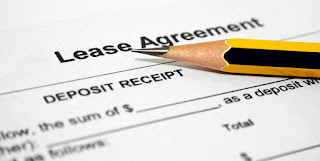 Her idea was that she could somehow reduce the amount of technology they had and therefore reduce the cost of maintaining it. My brother Manuel was President of my company at the time. He started a business-focused discussion with her.

Manuel then pitched an idea for a virtual office. Because we had space in a data center, he told Debbie that she could save a lot of money by not paying rent on an expensive office the Bay Area. He told her we’d take care of her server and we'll put it in our colo. Then someday it’ll become virtualized; and some day it will simply cease to exist.

And he told her, “You won't care and you won't know the difference. You won’t have downtime, and we're going to take care of your data.” He told her to send her employees home and we’ll make sure they’re taken care of.

Note: At no point did we promise to cut the amount she paid us. After all, we were saving her lots of money on rent. Plus, we set them up with a hosted phone system, and unplugged their old one.

As Manuel will tell you, Debbie said yes to this idea right away, largely due to her long relationship with our company and the fact that we had been taking care of her technology for twelve years.

Eventually, Debbie actually moved to Connecticut and all her employees stayed in California. And everything just kept working. As promised, her machine was eventually retired and all her data and email moved to hosted cloud services.

Imagine the trust it takes to make that kind of a major change in your business. That's not something you do because the "computer guy" said so. But it is something you would do if a business consultant recommended.