Is Microsoft Better at Apple's Game Than Apple is at Microsoft's Game?

What really makes Microsoft and Apple different and, to some extent competitors? One of the big differences is that they took different approaches to making computers work. Apple's approach is fundamentally "closed" and Microsoft's is fundamentally "open" in nature. Before you attach judgemental interpretations to those terms, let me explain. 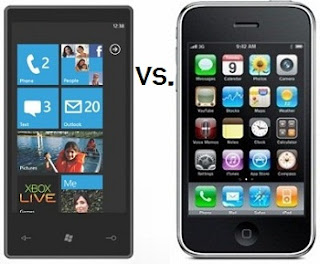 The long-held myth that Apple PCs are immune from viruses is a result of this tight control.
Another aspect of Apple's closed environment is their insistence that users register at the iTunes store in order to get maximum value from their hardware. In some cases, such as the iPad, you can't do anything until you register. The genius of this is that the iTunes store is a store. What do you do at stores? You buy things. So to use the system, you have to register with a way to spend money.

If you've developed apps for the iPhone, you know that Apple keeps a very tight rein on what is approved for use with their devices. This keeps the device safe from a lot of hacking and viruses. It also guarantees a certain level of customer satisfaction. Things just work, because they've gone through the vetting process.

Microsoft's "open" approach is really a collaborative approach. Old timers will remember the term Win-Tel, a description for the so-called monopoly of these two companies to control the hardware and software on the "PC" desktop. In reality, Microsoft participates in a huge collaborative community to determine what the hardware and the software of the future will look like. (For a great list of some of the companies who collaborate on the hardware front, see the links at http://www.intel.com/support/motherboards/desktop/sb/cs-026528.htm.)

The open nature of Microsoft's approach means that most hardware devices and software programs are like the wild west - anything goes. There is no process for determining whether something is well written or well constructed. So each vendor has to be responsible for supporting their piece of the puzzle.

The good thing about this openness is that there are a lot of great programs and hardware devices that work on a Windows platform. For many industries, a Mac environment gives you one or two (and most commonly zero) programs to choose from while the Windows environment might give you three to five major options and dozens of minor ones. For example, in manufacturing, there are zero options for the Mac. In the case of manufacturing, Mac doesn't even have the ports needed to interface with machinery.

Apple is making a play for the business market. They have a cloud offering of sorts. And they've broken 10% market share. And while they are fundamentally a consumer appliance manufacturer, they've enjoy huge success with the iPad tablet and the iPhone in business.

As we look ahead, can Apple compete in a true cloud offering? Would Apple ever offer up a cloud that wasn't connected to iTunes? Would they let you pay them to spin up a virtual Windows box and load a Microsoft operating system on it? No. I might be blind, but I don't see that ever happening.

First, it places the "store" (the purchasing tool) at a different place in the solution stack from what Apple is used to. By that I mean Apple would have to let you buy the virtual machine up front and then forget the back end purchases they've always had a piece of.

Second, allowing an open, do-what-you-want environment is an anathema to Apple's philosophy. Will they ever be in the business of supporting every application on earth, every virtual platform? Yeah, I know that most cloud vendors say they don't support at that level, but they at least least do enough troubleshooting to know that the problem is not on the piece they can control. Apple won't do this. They won't dabble in something they can't control. In part this is because they have no history of collaborative developments. They don't know how to play a game they didn't create.

In the meantime, Microsoft is slowly building a unified platform that takes a few key lessons from Apple and implements them into the collaborative environment. For several years, Microsoft has been moving toward the "Apps" environment. Their experience with phones has allowed them to be app-friendly while maintaining a focus on full fledged (profitable) programs. I'm under non-disclosure agreements regarding some of the product developments at Microsoft, so I can only say this: Microsoft is much further along in the process of building app-centric operating systems than they appear to be.

With the public preview of Windows 8, Microsoft has a full-fledged application development platform that Apple can't touch. See http://msdn.microsoft.com/en-us/windows/apps/br229516. It has three features at that will make it successful. Two of them are learned from Apple. The third will leave Apple playing catch-up.

1) For the first time ever, Microsoft says they will have very rigorous requirements for "approved" hardware. This has become a weakness for Microsoft. For years they have insisted on a backward compatibility that is absurd. Why does any 32-bit operating system exist today? I don't think we've sold a computer with a 32-bit processor in five years. I don't think you CAN buy 32-bit hardware today on the desktop or servers.

Microsoft has been a little too collaborative on this front, allowing people who insist on upgrading old computers to continue installing newer operating systems and software that guarantee a bad experience! It makes no sense to me. Anyway, they've finally decided that they will have real requirements for the new operating system, and that they will reject hardware that cannot provide a positive user experience. This will serve them well.

2) Similarly, Microsoft will have an approval process for apps. It won't be as rigorous as Apple's approval process, but just enough to make sure that programs are well behaved. This is a huge step in the right direction. For the entire history of Windows, they've been criticized for problems they can't control. Poorly behaved programs don't release memory; they don't check to see that devices are in use; they insist on running at a higher priority than they need. In other words, they bust in and do whatever they want. Windows crashes, and Microsoft has to put up with the reputation of needing to be rebooted all the time.

In truth, every O.S. version has been better and better at forcing programs to behave. But now Microsoft promises to do some actual policing. And they say they'll actually reject programs that are poorly behaved.

And in a very clear message that Apple was right, Microsoft will require Windows 8 users to register with their store - so they have the ability to purchase things directly. Things like Windows Live and cloud services. Apps. And more.

3) The thing that Microsoft is doing different from Apple is to have the same operating system (or close enough that it will seem the same to users) on the desktop, tablet, phone, and even the Xbox. One unified interface. One experience. And most importantly: This means that EACH of those devices could be user's primary computing device.

I don't really know. Droid is a fine phone O.S., but it is more wild west than Windows. My Droid phone (Motorola Droid 3) is disappointing. My daughter's older HTC is actually a better phone. Neither of them compares with the iPhone or a Blackberry.

I have a Google TV. Aside from the fact that programming has never materialized, this Droid O.S. leaves much to be desired. You really can't do anything with it.

Google has no desktop O.S. and won't have one any time soon. They do have a full-featured cloud service. Their Google Apps are nowhere near Microsoft's Office Apps. Their store works only on the phone: Right now you can't use it to buy anything for a tablet or desktop. So they're in catch-up mode on that.

And have the distinction of being the most-attacked mobile operating system doesn't help. http://www.networkworld.com/news/2011/082311-mcafee-threat-report-250002.html


Is Microsoft Better at Apple's Game Than Apple is at Microsoft's Game?

The players remain Apple and Microsoft. Apple has been a consumer focused company. They have the challenge of leadership change with the passing of Steve Jobs, but he has not been actively running the company for a long time. So their challenge is getting good enough to play a major (profitable) role in the markets they want.

Microsoft has bet their future on The Cloud, where Apple simply doesn't compete.
Microsoft is about to deploy a unified operating system for all connected devices, which Apple does not appear to be working toward.

Microsoft has learned to tighten the reins a bit on hardware and software developers. This will allow them to guarantee a better experience for their users.

I don't mean to suggest that any of this will be easy for Microsoft, but they've already laid the groundwork for dominating phones and tablets in the business world. They already dominate the desktop and will see very quick adoption of the O.S. as people finally replace those Windows XP machines as the recession fades. 2011 will be a year of press releases and telegraphing the future.
Windows 8 will probably have a late-fall release and absolutely dominate the computing world in 2012.
:-)