You Can Also Make Money Fighting Against the Future

I'm a HUGE advocate of pushing as fast as possible into a new future. In fact, I'm a huge believer that you can help create the future as it unfolds - and make a lot of money doing so. 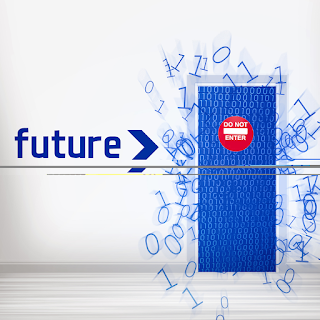 But we also have to realize that opportunity is everywhere in a world of change. That includes the world of pushing back against future.

Being contrary is always a legitimate option. And when opportunity is everywhere, it can be a profitable option as well. Here's the recipe we see repeated time and again during periods of great change:

First, The future becomes clearer and clearer. Eventually it becomes an inevitable truth.

Second, Those with a stake in the present (which is to say, the past) have to make a choice. There are three options.

Option One: Play your end game. That is, double-down on the past while planning to get out of the business altogether. Thus, you capture large sums of money as everyone else transitions to the new future.

Option Three: Embrace the future. Learn it. Use it. Sell it.

In this post, I'm mostly interested in option two: Make money resisting the future. Here's what's going on in a few industries today.

The future is autonomous, mostly-electric vehicles that are not privately owned. This is the inevitable future. Car manufacturers are resisting this by creating more and more super-cool features that entice people into buying one last car.

The average American keeps a car for about six years. Believe me, autonomous vehicles will be everywhere by 2025! So manufacturers are working hard to get you to buy two cars during that period by adding all kinds of cool features.

At the same time, Ford is moving out of the sedan marketing and heavily into trucks and delivery vehicles. With one exception: They're going to keep the Mustang around as long as they can. Their hope is to sell a lot of cars with the pitch that you need to experience a "real" car before they're gone forever.

In the meantime, all the car makers are adding features that basically wean us off of driving. Telsa has it's almost-autonomous mode. Everyone else has cars that keep you in your lane, help you park, brake automatically. Feature, feature, feature - all leading you into a world where you won't be the driver any more.

As Amazon and other online services push faster and faster delivery, the delivery industry is exploding. Of course Amazon wants to own this market. How will FedEx, UPS, and the Postal Service fight the future? By overwhelming it with fast, affordable options.

On one hand, online shopping is expected to double in the next six years. So there's plenty of work to go around for delivery services. On the other hand, there are more companies working on autonomous delivery services than there are current players in market.

The "feature" here is delivery itself. More deliveries, more days per week, and more times per day. Robots and drones will have their day. In the meantime, we'll see at least five years of old-school services offering more and more options for almost-instant delivery.

Amazon has no problem buying up anyone they want to absorb into their collective. The fact that they haven't bought FedEx or UPS probably means that they think they can build something bigger, better, faster without any of the legacy technology or logistics. Fighting that monster will keep the major old school players in the game.


Servers and the Cloud

If you play your end game, you can make good money selling fewer and fewer servers for the next five years. So if you're about to retire or sell the company, that's a very legitimate strategy. Just remember that you've chosen to fight Microsoft both as a competitor (Azure) and as a supplier of server licenses. And here's a quick hint: Microsoft will win this one. The server will become a thing that is only available in the cloud.

Remember: This is a very legitimate business strategy. Just please have a strategy. Don't take this option simply because it means you get to do the same thing tomorrow that you did yesterday. If you go down this road, do it with intention.

If you choose to resist the future, you will need even more strategy. How will you entice people to keep servers onsite? Will you specialize in people who fear the future? (Again, totally a legit option.) Will you promise great security? Greater resilience in an emergency? Greater performance?

Just as BMW adds automatic breaking and lane-changing, you need to figure out what features you can use to get the most money out of onsite hardware sales. Someone's going to do this, and do it very well. Lots of money will be made. But you have to have that strategy.


You have to fight the future with features, not price!

There are two fundamental ways that companies fight the future. They either add features to keep people addicted to the old ways, or they reduce their prices in order to be cheaper than the future. Price cuts are never a winning strategy. You simply eat away at your own base while your potential client base shrinks.

Future technology always gets cheaper in leaps and bounds. Resisting it with price cuts is a short-term losing strategy. And then your business dies. There is no other long-term option when you use price to stave off the future.

Features are another thing altogether. Features actually cost money. And if there's some real appeal to a specific market that wants to fend off the future, then you can make more and more money going forward.

While it's true that you can buy a $3,000 horse saddle today, you will find it much easier to find a hundred options for $300 saddles. Yes, there are people making good money creating hand-crafted saddles. But there's not very many people making money in that market.

Interestingly enough, I think good technology consultants will be in more demand than ever. The cloud is big and confusing, and no one wants to juggle six or seven vendors. So your opportunities to make great money are better than ever. It just means you have to be a consultant rather than a technician.

But you need a plan.

You need to walk into your future with intention.

We Are Under Attack - And Businesses Know It

Our industry is under attack on several fronts - and your clients know it! Yesterday, I attended a meeting of the California Society of Asso...