Steve Ballmer, CEO of Microsoft since 2000, has announced that he'll be stepping down in the next year. A search committee has been formed. Microsoft's stock soared 7.5% on the news.

Where Bill Gates was generally loved and had a Teflon coating when it came to criticism, Ballmer has more of a Velcro coating. Folks outside Microsoft quickly blame Ballmer for the decline of PC sales world wide as well as the lackluster reception of Office 2013, Windows 8, and the Surface. 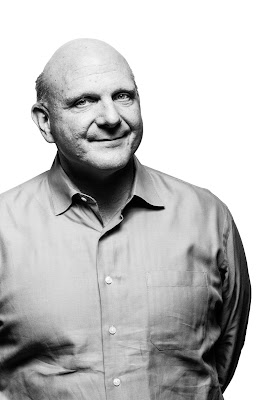 But who cares what others think: Is Ballmer's exit good or bad for small businesses?

In my opinion it is good. I've never met the man and I have nothing against him. Some people love to hate him. That's not where I'm coming from.

But Microsoft seems to be giving up that market. I know we all need to go to the cloud. I'm actually a huge advocate of that. But Microsoft took a collection of products that I could make $200/desktop on and turned it into an offering that would take me 36 years to make $200 on.

The result? I don't push their stuff any more. Like many small I.T. consultants, we removed the Microsoft logos from our business cards. We didn't renew our certified partnership after ten years.

People like me and you make decisions based on OUR bottom line. I can't afford to write off $900 million because I created a product and then messed up the marketing and sales of that product.

We have to make profitable decisions for our businesses, and for our clients.

Microsoft has moved away from the partner-centric model that got them where they are. They are paying the price for that with Windows 8 and the Surface. If Microsoft had 300,000 partners able to sell the Surface, they would be back-ordered right now. Instead, they're being given away in lieu of $5 Starbucks cards.

Creating a new team at the top of Microsoft has to be good for fresh ideas, fresh focus, and taking stock of what has really worked for the company. Competing against your biggest hardware "partners" and all of your channel "partners" is just bad policy. With luck, the new leadership will take that to heart.

Having given away the desktop, Microsoft now has to focus on what they CAN do to own the small business market. That's good for all small businesses. That means a renewed effort to innovate, create, and combine technologies that will make us all more productive. Good innovation also makes people happy because we use technology for pleasure as well as work.

Microsoft has the money to create amazing innovations that can change our lives. They hold a lot of promise for humanity. That's not an exaggeration. But it would be a horrible shame if a company with such potential floundered about for another decade.

Microsoft is one of the most (perhaps the most) important companies in the world. They need strong, forward looking leadership. I am looking forward to it.

And finding someone who's a lot less angry wouldn't hurt either.