Uber Lessons for The Rest of Us

You've probably heard the phrase "disruptive technology" applied to Uber and a few other companies that are trying to change the way we do things.

If you haven't used Uber, I highly recommend you give it a try. Basically, they compete with taxi services by offering lower rates (most of the time), with nicer cars are friendlier drivers. You click the logo on your smart phone and see all the drivers in your area. You can ask for a fare estimate. You see who your driver is, their picture, and a description of their car. Then you can watch a map showing them arriving at your location.

(I have no idea why they recently changed their logo, but here's what it looks like.) 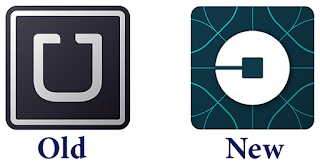 Best of all, you don't need any cash. You can register one credit card for business and one for personal and the driver gets paid automatically.

To test drive Uber and get a free $15 credit, you can use this link. Yes, obviously I get a credit too.
https://www.uber.com/invite/uberkarlpalachuk

Yes - unless you're a taxi driver.


I've used Uber in a dozen U.S. cities, plus several locations in Australia and the UK. My experience has been almost universally positive. Here's what I've gathered from talking to Uber drivers and taxi drives from all over the place:

1) Governments love Uber. The basic reason is taxes. Governments love taxes. Many Taxi drivers only take cash. Or they lie to you and tell you that their credit card machine's broken. At a minimum, they under-report their income and avoid paying taxes.

Uber transactions all go through the app, so 100% of the income is reported and 100% of the income is taxed. As a result, when cities, counties, states, and provinces are deciding whether to let Uber in, they are predisposed to say yes because taxing 100% of a smaller fare brings in more money than taxing 0% of a larger fare.

2) Taxi drivers hate Uber. Driving taxi can be a money-maker, but most taxi companies take a huge percentage of the fares (another reason for drivers to cheat). So to make more money, they tend to put off maintenance and cleaning. In some places, like New York, taxis have a reputation for being filthy and sometimes even dangerous.

Last year while I was in Australia a taxi driver stabbed an Uber driver in anger because he sees Uber taking away his job. Similar anger (with less stabbing) has shown up in the UK and France.

At the same time, the last time I took a taxi in New York City, I was offered a mint. The car was clean and fresh. I laughed out loud. "Boy, Uber has really changed your business." I said. The driver agreed. "I got no choice," he said.

It used to be that taxi drivers in NYC were guaranteed profit for life - and could sell their license (Medallion) for a fortune. Now they're suing the city for letting Uber in because the value of their Medallion has dropped by more than 50% in the last year. (See November article on NYC Taxi Drivers Sue Over Uber.)

3) Riders love Uber. From time to time, the fares are multiplied to crazy levels (1.5x or more). But most of the time, fares are in the neighborhood of 40-60% of what you'd pay for a taxi. That's huge. On top of that, the app makes using user extremely easy.

I've been to several airports where the local taxis have got together and produced an app so that it's just as easy to grab a ride from them. But with that approach, you have to download one app in Manchester and a completely different app in DC or Ft. Lauderdale. And, of course, the prices are not reduced.

One of the things I've notice with my daughter's crowd (age 23-ish) is that they plan to Uber home at night if they've been drinking. For $10 or whatever, they know they'll get home safe. The difference between $10 and $20 is very small, so it's got more to do with convenience and the "cool" factor than the cost, in my opinion.

4) Drivers love Uber - for now. Many Uber drivers are former cab drivers. They like the flexibility. They like the fact that they're the boss. Many of them are part time drivers, college students, or between jobs. Some are simply retired people who need to have something to do.

But Uber is already planning to disrupt them as well. Uber has invested in driverless car technology. And someday they'll be running cars without drivers. That will displaced Uber drivers. We'll see how much the drivers love Uber when that happens.


The Times They Are A-Changing

I feel sorry for the cab drivers, but there's really nothing you can do. The drivers in France have temporarily stopped Uber and Lyft (a similar service). But they can't win.

It is literally the same as trying to stop horseless carriages 100 years ago.

When you can clearly see the future - it's time to get on board. It's time to look at your industry and decide how you'll respond. Stopping the flow of progress is futile. You can't put the genie back in the bottle!

You can mold the future if you're in the right place at the right time. You can always mold your business to take advantage of the emerging reality. But you can't stop time and you can't go back.

If your business strategy is to "go back to . . ." anything, then you probably are on the wrong track.

How has technology changed or even disrupted your business? And what are you going to do about that?