Don't Assume You Know What Clients are Thinking 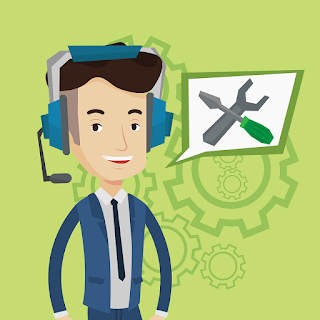 I had an interesting conversation with a Lyft driver yesterday. Dude was telling me that he sometimes gets a ride that's fifteen or twenty minutes away - and then turns out to be a seven dollar fare. He says he always gives those people one star because they should have cancelled.

I said, Whoa! That's not fair to the rider. They requested a ride. It takes time to get there. It's not their fault that you're inconvenienced. In fact, it's the app's fault.

He said that riders should use common sense. They have two minutes to cancel without a penalty. They should see how far the driver has to go and cancel the ride as a courtesy.

I see his point. But, the fundamental problem with this logic is that it assumes the client has both the same knowledge and the same perspective as the driver. Both of these are very unlikely.

Many people have cancelled a ride and paid a fee. To the rider, there may be confusion about whether that was Lyft or Uber. And, of course, they may not know that they cancel within a certain amount of time. And is that two minutes or five? The driver knows all the rules because he does this all day long. The rider is far less likely to pay attention to all the rules, or have them memorized.

As for perspective, it's natural that the rider has a different perspective. There's an app. You push a button and someone magically shows up at your door. It's not the rider's job to think about where the driver came from, how long he's been driving, what mood he's in, etc. And she certainly can't know that he'll give her a one star rating because she requested a ride and took it.

We sometimes bundle all the things we do into a category called "Service" sector. But there are lots of different kinds of services out there in the service sector. Lawyers, accountants, and bank tellers are all in the service business, as are receptionists and checkers at the grocery store.

IT is a very different animal, though. In addition to doing some consulting (like attorneys and accountants), we need to look after a lot of things our clients are not aware of or able to understand.

Why is http different from https, and why should I care?

I pay a lot of money to be safe, so how come I'm not safe?

We need to understand the client's perceptions and perspectives. IT really isn't their job and you can't expect them to care about it. Now, having said that, when you warn them about things and they take no action, you also can't take the blame for that.

I've always used the line, "You pay us a lot of money to give you advice: You should take it."


I used to have a client (an attorney) who never saved or closed his Word documents unless he had to. One time, we needed to kick everyone off the network for some reason. His office manager went into the attorney's office and started closing out Word documents. There were over 100 documents open! Some had not yet been given a name.

As the office manager was patiently saving and naming files, I asked whether the attorney had never lost any data. The answer was no. The reason he pays us is to keep bad things from happening. So I asked, don't bad things just sometimes happen? No, he said. The guy drives a BMW, buys only top shelf, and expects everything to go right.

That's a great approach and a great attitude. But it also means there's a lot of pressure on my company to take care of him where he won't take care of himself. And for the right price, that's what we did.

Now, that's not a normal client. But the behavior isn't completely unheard of either.

What habits and practices do you have in place to understand your clients' perspective on technology?

For me, regular roadmap meetings go a long way. In addition to helping me see the client's perspective, they build a relationship that will hold up when other things fall down.