(For earlier posts in this series, just search for the label "Y$10K" in the cloud tag on the right. Or click here: http://blog.smallbizthoughts.com/search/label/Y%2410K.)


Many year ago, when I first started my first business, I tried to figure out how to make money on hardware and software. This has always been a difficult market - if you do it wrong and think about it wrong. One year at tax time, my tax man Hank asked me if my numbers were right on hardware sales.

I admitted they were. I had paid a couple thousand dollars more for hardware than I received selling it. Some of this was inventory (a bad idea). Some of it was cutting the margin too close and then having to make a return. Some of it was simply not having a pricing and markup policy.

Hank was nice to me but also made fun of me a bit. He pointed to the paper and said, "We like to see the revenue number higher than the cost of goods sold." No kidding! Ever since then I have had a rock solid pricing structure that guarantees I make money on the things I sell.

I know this sounds simplistic, but it's not. Eighty percent of all small businesses will fail. And one of the biggest causes is CASH FLOW. Many small business owners work for years making little or no profit because their business model is fundamentally broken: It spends more than it brings in. Period. 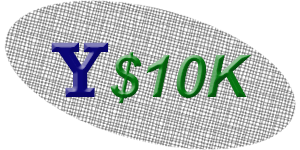 Here is an absolute truth that we all know and most of us ignore:

You have to spend less than you make or you will never put money in the bank. Period.

I started this blog series in January. If you've been following it, how much money have you put in the bank? How much have you stopped spending? You HAVE TO do these things if you want to save money.

The reason I use such strong language is that we fool ourselves. "Intellectually" we know we need to spend less and save more. But we haven't actually come to realize that it has to be done.

Now I'm going to say something that will cause 80% of you to stop reading this series, stop trying to save money, go back to spending more than you earn, and retire poor:

You have to have a budget - and you have to look at it every week and every month.

You do not need microscopic detail. But you do need to put down on paper the "big chunks."

Now you need to add one more big chunk: Savings.

What will you commit to putting into savings/investing each month? And, yes, it needs to be a big chunk. It should be a major expense. I know that sounds painful, but remember two key factors. First, you're going to work 2/3 of your life and just spend money for 1/3 of your life. Second, the spending third is going to be after fifty years of inflation!

In other words, it costs a lot of money to retire and then sit around the house doing nothing! If you want to take vacations and enjoy hobbies, that costs money. You need money and No One has the job of saving for your retirement except you.

So how big is this big chunk? Well that depends on how old you are. If you're under thirty then you can probably get away with saving ten percent (10%) of your gross income. If you're over thirty-something and haven't started yet, you should make it at least twenty percent (20%). Yes that's a lot more. And if you're over fifty and haven't started, then savings needs to be almost a full time job. After all, you've played for fifty years and now you still have to squirrel away enough money for retirement. 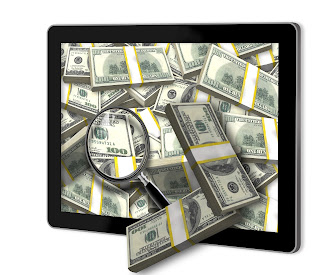 Luckily, inflation and general economic growth will help your money grow. So you'll have more than you save. But you still have to do your part.

Boil it down: With EVERY paycheck, you need to transfer money (10%, 20%, 30%, or whatever) to you savings/investment account. Period. You need to treat this like taxes you'll never see again. Except you WILL get to see your money again after massive growth. So do it happily.

Be kind to yourself.

This really is hard, especially if you've never done it before.

Saving money needs to be just another habit. Like paying the rent, paying taxes, and paying the electrical bills. You don't have to like it. But you have to do it!