Can IT the consulting industry regulate themselves?

In the last post,  HERE, I talked about some lessons we can learn about industry regulation from automotive repair. In this post, I want to look at some lessons from transportation - specifically, taxi cabs and the Uber/Lyft/rideshare industry. 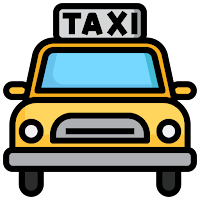 For you young people out there, the taxi industry has been famous for over a hundred years for giving horrible service with a bad attitude. Until about a dozen years ago, taxi cabs were often poorly maintained, unclean, unsafe, smelly vehicles. They were better in smaller towns and much worse in the largest cities.

On top of that, taxi drivers ("cabbies") regularly ripped off their passengers. They didn't start the meter, and then over-charged riders. They outright refused to charge the rates posted. They would drive out-of-towners by long, circuitous routes to run up the bill. They pretended that their credit card machines were broken, so you had to pay cash, so the cabby could pretend the fare never happened and rip off their company while not paying the taxes on income.

In many cities, most famously New York, taxi licenses (medallions) are limited. So drivers or companies had to pay a lot of money for a license. But once they had a license, they were part of a monopoly service. They had very limited competition.

Taxi prices are regulated pretty much everywhere. And there are lots of regulations. But drivers regularly ignore these regulations because they are essentially unenforceable. Prices are often limited by various schemes. For example, within a certain area, it's one price. If you drive to a different part of town, it's another price. But if drivers believe you're going a short distance, they simply refuse to pick you up.

Lots of rules and regulations did not improve service. You could virtually guarantee that you were going to get ripped off and have a bad experience when you got in a cab. The only protection you had was experience to arrange payment beforehand, agree on the price, remind them to start the meter, and let the cabby see you map the route on your phone. In other words, you had to be a savvy driver or get ripped off.

Then Uber came along, and Lyft inside the U.S.

Rideshare increased the feeling of security. Instead of seeing a "license," the rider got to meet a driver with a name who was connected through an app. There was no haggling about price. You know the price before you request the ride. There's no rip-off because the payment takes place somewhere in the cloud.

And as silly as it sounds today, the car is clean. It is maintained. It doesn't smell bad. And, on top of all that, you are greeted with bottled water, mints, friendly conversation, and a cell phone charger. The driver takes the route promised and you pay the price agreed upon. And everything you (and they) do is tracked in the app.

All of the problems with taxis were "fixed" by the market. Taxi services railed against rideshares with a lot of bogus arguments about quality and safety. But rideshare not only fixed the taxi experience, they also improved on it.

Here's the important part: The taxi industry could have fixed themselves, but they refused to.

Government regulation can be (often is) ineffective. Sometimes, industries have to fix themselves. When they don't, the result is both more regulation and a changing market that punishes the bad actors.

This is where the IT Consulting industry is today.

We have a lot of bad actors. I follow a lot of the conversations on Reddit, Facebook, and various forums. I am appalled at the stories I read - but we all know they're true. People create abusive contracts that are probably unenforceable, but clients sign them and never consider going to an attorney. MSPs sign contracts that they don't deliver the services. They abuse licensing agreements. They blame software and hardware developers when the problem is their own incompetence. They abuse their employees and falsify records.

All those bad actors hurt the industry. They hurt you and all the good, competent consultants out there.

But consider this: Most taxi drivers were honest before Uber. Most of them did not rip off their passenger. Most of them worked hard for decades because that medallion represented their retirement. In a monopoly market, the cost for a medallion might go up 400%. So drivers often got the equivalent of a mortgage to buy a medallion, knowing it would pay for their old age when they sold it. That market crashed when it became clear that Uber and rideshare are here to stay.

The reputation of the entire industry was hurt by the actions of the worst bad actors. And, ultimately, everyone suffered, even if they didn't contribute to the problem.

Our industry is at a critical point. We cannot ignore it. The excesses of the worst actors hurt us all. I suspect we are more like the taxi industry than the automotive industry. Regulation will have minimal effectiveness. And, more importantly, WE can fix a lot of problems before the market fixes it for us.

Complacent industries are the ones most likely to be disrupted.

If an industry can regulate itself effectively, we won't find ourselves being regulated from the outside by government agencies that don't really understand what we do for a living. I hope the National Society of IT Service Providers will be the voice of our industry and help us to regulate ourselves.

Please check out the NSITSP at www.nsitsp.org. Join today. Be involved in the conversation. And help us address the major issues we face industry-wide.