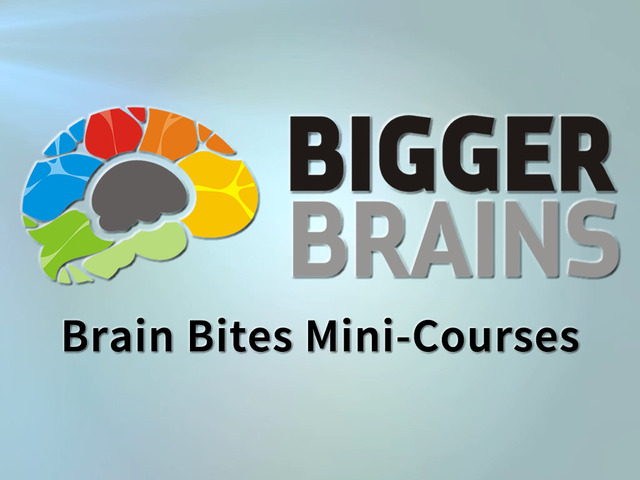 Our friends over at Bigger-Brains are running a special Kickstarter campaign to raise money for some new training courses. Chip Reaves from Bigger-Brains was on our Odd Tuesdays podcast in March. You can here that here: http://www.oddtuesdays.com/2014/03/lead-with-training-follow-with-managed-services/.

- - - - -
Anderson, SC, September 9, 2014 – BiggerMSP.com announces a new line of Bigger-Brains “mini-courses”, launching through Kickstarter.com.   The first three mini-courses focus on productivity topics, including Time Management, File Organization, and Email Management, and include a special bonus for MSPs who purchase through the Kickstarter campaign.

“I was working with an attorney recently, helping them with an email issue” said longtime MSP and Bigger Brains President Chip Reaves.  “He had a terrible email setup – over 20,000 emails in his Outlook inbox and no subfolders.  He deleted spam, but otherwise everything he ever received was kept in his inbox, until the system inevitably overloaded and crashed every few years, at which point his former IT consultant would move a block of emails into an archive PST.”

“So here was a very talented business professional, who had never been shown that there is a better way to manage his email.  And he’s definitely not alone!  We had started work on some new mini-courses for Bigger Brains, and I knew at that point that we should include topics that would help me educate my clients, and which other MSPs could use with their clients as well.”

The Bigger Brains Kickstarter campaign, which runs through October 3rd, includes “rewards” for $120 or $160 that let MSPs custom-brand these courses and offer them to their clients directly from the MSPs website.

Designed to be just 10 minutes each, these mini-courses use video, audio, and animation to quickly convey useful skills in each topic area.  Future mini-courses are already planned in topics such as Team Management, Procrastination, and iPad Skills.

The Bigger Brains Kickstarter campaign is online at https://www.kickstarter.com/projects/chipreaves/brain-bites-mini-courses-on-time-management-and-pr

MSPs can sign up for the Bigger Brains reseller program through BiggerMSP.com.  Subscription plans for MSPs are available which include a block of client seats for all Bigger-Brains courses as well as custom-branded social media videos from MSPpromos.com