Overcoming the Belief in Unicorns 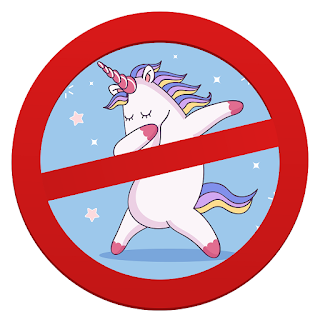 In the last post, I talked about the belief that your company is somehow unique. Your clients are unique. Everything is unique. As a result, you can't standardize. You can't can't create "A Process" or a set of processes to drive your success.

That belief is absolutely incorrect.

Every large, successful company in the world has figured this out. Are you really so unique that your company can never figure it out? Quick answer: NO.

One of the associated fallacies about this belief is that really great customer service cannot be standardized. Or really great culture can't be built that way. But look around.

Many companies have amazing customer service even though they're very large. In addition to Zappos, always a favorite example, I can think of several restaurants and hotel chains that have truly great customer service. On the culture front, Southwest Airlines stands out. But they're not alone. In fact, there are so many large companies with great culture that several magazines publish annual lists of them.

Overcoming The Belief in Unicorns

First: Learn to delegate. No. REALLY delegate. No company grows without delegating tasks. After all, you turn over technical chores to technicians. With luck, you've turned over administrative tasks to administrative assistants or an office manager.

But time and time again, I see companies where the boss/owner still retains the final word on everything. Invoicing can't be finalized without the boss. Project proposals can't be sent until the boss approves them.

This behavior leads to employees not trying very hard. They put in a half-assed effort because there's no point in working really hard on something if it's just going to be reversed. Some employees take another approach: Constantly checking in with the boss at every stage for every tiny detail. This ends up taking more time than if the boss had just decided to do the work in the first place.

Effective delegation means that you turn over authority. People are authorized to make decisions and then implement them. You might butt in on rare occasions, but keep it rare. The goal is to hire good people and then let them do their jobs.

Effective delegation will allow a company to grow as fast as you want.

You'll know you're successful when you start figuring out who other than you can execute the work as soon as you've committed to a new project.

Second: Give Up Control

In the end, most problems within management have to do with ego and control. Delegating is a very visible means of giving up control. But there are others.

You have to realize that, as you grow, everyone still knows you're the boss! In fact, as you grow, individual employees will have less and less direct contact with you. In their minds, you will become more and more distant as "The Boss." So, stop worrying that anyone will think this is not your company. They will be very aware - even if you go on vacation for a month.

Here's an interesting thing that happens with control. Sometimes, an employee will really feel like they "own" a process or department. They will become territorial. Perhaps even too territorial. They will start to exhibit the behavior of a boss who needs to learn to delegate and give up some control.

Believe it or not, that's not all bad. It shows that they have deep knowledge, commitment, and the authority to make decisions that stick. Now, you have to push the culture of delegation down to this person. But acknowledge that it's great to have employees who love their job so much.

Third: Believe That a Company Can Do More Than an Individual

If you have good policies and procedures, that becomes a solid base for your success. Next, you need to hire good people who can execute those policies.

Think about it: How long would it take you (personally) to build a 787 Dreamliner? Answer: It's a trick question. There are no circumstances under which one person could do that. It takes a company. Remember that. Even within your company there are things that need other people. Embrace that.

Invoicing is better when it's done by someone else. When you hand over invoicing to someone else, and let the process work, two things happen. First, invoices go out on time, for the correct amount. Instead of just another task on the over-worked boss's desk, there is someone whose job is to get invoicing correct.

Second, you make more money. The person hired to do invoicing doesn't know that we don't charge ABC Corp for all the work because they've been with us for fifteen years. They don't know that DEF Co. gets a free hour every month because you know they had a tough quarter. And so forth.

What happens is: Invoicing goes out as defined in your process. If you don't like it, you need to fine-tune your process. But you'll also see that clients don't complain. With very few exceptions, they just pay the bills. If they do complain, you can always adjust. But in the meantime, you'll just make more money.

There are a million other examples, but let's stick to money.

Once you adopt true standardized pricing, you'll also make more money. There are two elements of standardized pricing: Hourly rates and bundled packages. I highly recommend that you have one hourly rate, and roughly twice that as your after hours/emergency rate. If you have one rate for one company and another for another, and the boss is the only one who knows what promises were made, you are losing lots of money.

You are losing money by not charging the appropriate rate. And you're losing money trying to administer a program in which there is no standard rate.

The other element of standardized pricing is your bundle offering. You might call this your three-tiered price list. Remember: You can always sell things on top of the bundle. But every client needs to start with a bundle. Pick one. Pay for it. Then, if you want something else, we can talk.

Remember, part of the magic of bundles is that there are unused licenses. Get over it. Honestly. No one goes to Netflix and asks for a different price because they only watch on two devices. No one asks Microsoft for a special deal because they don't use PowerPoint.

This is a perfect example of creating a process that's bigger than an individual. Create a pricing process that "just works" for your company.

The bottom line: Standardizing processes, procedures, and offerings will help your company grow - and be more profitable.

There really are no unicorns. And what you've built in the past, is really a woolly Rhinoceros with the horn of a Narwhal.

Quit calling it a unicorn and making excuses.